The Back Stories With Darnell and Cornelia - #14 Felix

Felix wasn't paying much attention to his surroundings. He had just left through the back door of the paint factory where he worked. He hoped the boss hadn't seen him because he had been fired from every other company in Franklin Township due to his insatiable curiosity. The truth was, he was a living cartoon stereotype of a cat. And now he'd done it again.

As he slowed to a lope and stopped, Felix realized he was standing in the alley behind Miss Peterson's house. She taught piano lessons. “Great,” Felix thought, “all I need is for one of those kids to see that I spilled pink paint all over myself!” He knew they would taunt him mercilessly, just as they had done before with the mustard, and then another time with the feathers, and all the rest. 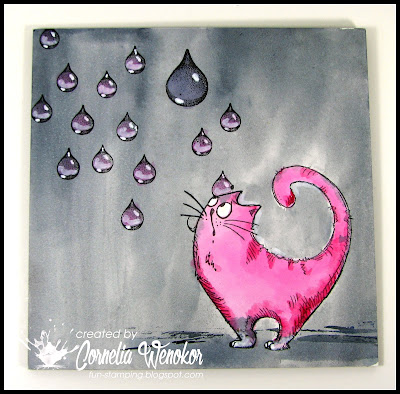 Felix hurried further down the alley looking right and left for somewhere to hide. When he reached the dead end, he sat down, thoroughly dejected. Time slowly passed and Felix became aware that clouds had gathered.

Felix stood up on his back legs and raised his paws in the air, prayerfully thinking, “Oh, yes, please, please, sweet merciful rain!!” Even though he was deathly afraid of water, Felix jumped up and down and twirled around, hoping the universe would let loose.

Finally dizzy, Felix spun to a halt and looked up to see huge raindrops begin to fall. "WHOA,” he thought to himself, gulping. “Steady on, ol' chap!"

Digging his claws into the uneven gravel, Felix whimpered as he realized the universe wasn't going to let him get away with this latest CATastrophe scot free.

First he was going to have to take some pain right smack in the face from the biggest raindrop he had ever seen!

I Card Everyone said…
This might be my new favorite, girls - after all, there's a cat!! Felix will welcome the deluge - I kinda like him pink! and a few mustard-colored feathers would be nice!
=]
November 15, 2019 at 9:31 AM

conil said…
Actually, it would be a shame for Felix to rinse off all that gorgeous pink from his fur. I can understand why he's want to get rid of bacteria from feathers and mustard but the pink...maybe it's because he's a guy.
November 15, 2019 at 12:05 PM

Verna Angerhofer said…
Great illustration and the story line fits it perfectly. I always love to see what you and Darnell come up with.
November 15, 2019 at 1:03 PM

Ela said…
Oh my, the poor thing. I feel with him.
Love your colouring though, the pink reflection in the drops. Amazing.

June 17, 2013
I am getting the hang of combining challenges....not sure if that's good or bad... In the past I would just put all my "creative energy" into one challenge and then just link up with others, if the card just happened to fit...but now I do that on purpose. Well, I'll see how it goes....                           Anyhow here is the card that came out of this: I did not want to add a sentiment - I 'll add it later, when I know who will get it. And here is a close -up: Challenges: Dynamic Duos CAS Colours and Sketches Addicted to Stamps and More Amusing Challenges Materials: Papertrey Background Basics: Super Stripes, Memory Box Chloe Stem die. --X-- Card for Maddy: You may know already about  Maddy ,  who  was diagnosed with Acute Myeloid Leukemia and went through chemotherapy treatment followed by a stem cell transplant from her (then) fifteen year old sister Melanie.  She now has a relapse and this car
18 comments
Read more 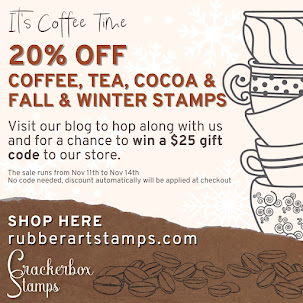 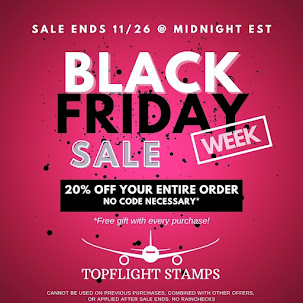